4 Things I Learned When I Wrote Macbeth 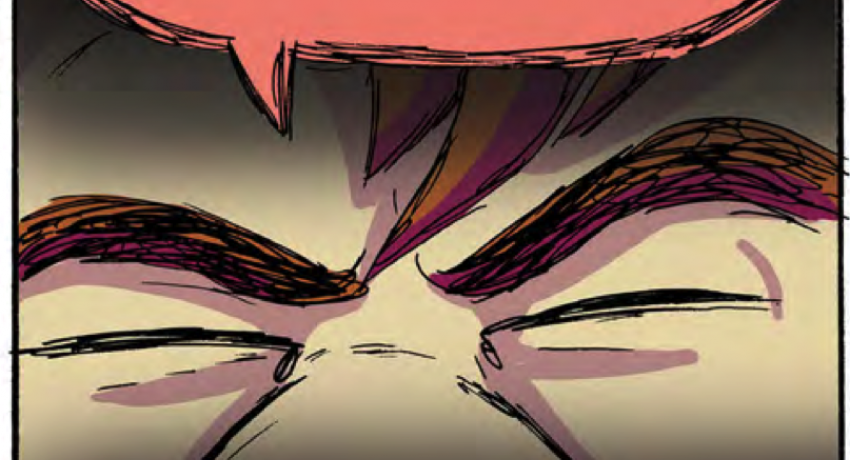 For many people today, Macbeth is a bit academic. It’s either “that thing I had to read in high school” or “that really expensive show that that really famous actor is doing to show that he can really really act.”

But for me, Macbeth is the play that I co-wrote with Shakespeare. Okay, technically I just adapted it into a graphic novel for kids, but by sticking my head under the hood and seeing how the play’s engine worked, I learned some interesting things along the way.

Shakespeare failed to use the word “taco” a single time in his plays. This is despite the fact that he is credited with inventing over 2,000 words and 1% of all the phrases in the English language. Fortunately for us mere mortals, that stat is bit overblown. Since his plays are some of the only records we have of the English language at the time, we don’t know what Old Willy personally coined and what was just common parlance.

Still, his failure to mention such an integral part of modern cuisine indicates that either Big Bill was racist or lactose intolerant and avoiding things with cheese. Surely this debate will rage on for generations. Either way, I fixed this oversight by putting tacos front and center in my version of Macbeth.

2. Why are there witches in Macbeth?
The plot of Macbeth gets rolling when three witches tell Macbeth that he can usurp the throne by killing the king. Lady Macbeth loves this idea and starts drumming it into her husband’s head. But wouldn’t it have been simpler, dramatically-speaking, for Lady Macbeth to come up with the whole “kill the king” idea herself? Why involve witches in the first place?

Critics and scholars will talk about the witches’ symbolism. They’ll mention Freud and possibly use the word penis. But I’ve got a simpler explanation–witches are awesome!

Shakespeare wrote his plays for drunken, uneducated audiences who would hurl fruit at the actors if they got bored. I write books for children. Same thing.

I live in fear that every time I read to a group of kids it’ll turn into the roadhouse scene in The Blues Brothers, with goldfish crackers being hurled instead of beer bottles. But when I read Macbeth to kids, before they can even start reaching for their snack cups, I reach the scene in the swamp with the witches. After that, I don’t have to pick a single cracker, spitball, or gummy worm out of my hair. Thanks, Shakespeare!

3. Macbeth is a fairy tale.
I have an actor friend who did a tour performing Macbeth and Romeo and Juliet at schools. That meant hours of driving between shows, low pay, multiple performances a day. My point is that acting is a very weird profession to choose. My other point is that these actors really got inside the skin of these plays.

She told me that by the end of the tour, the actors preferred Romeo and Juliet. Why? Because it was more complicated. It had more story, more plotting, more dynamics, more characters and arcs. Macbeth, she said, is a straight line. Just Macbeth and his Lady in a moral free-fall.

Macbeth is actually one of Shakespeare’s shortest (6th shortest out of 39) and simplest plays. This brevity gives it the power of a fable or one of Grimm’s fairy tales. Perhaps that’s why it’s become such an iconic part of our culture.

4. Macbeth is a Stephen King story.

Shakespeare didn’t write his plays for scholars and elites. He wrote to entertain. So what kind of entertainment is Macbeth? A horror story.

Shakespeare was born in 1564, during the stable 45-year-long reign of Queen Elizabeth. But before she was crowned, there were 10 violent years as four different monarchs vied for the throne.

Shakespeare was writing for an audience with this bloodshed burned in their collective memory. The modern equivalent would be if Shakespeare was a Bosnian writing about Milosevic.

Macbeth isn’t actually Shakespeare’s bloodiest work. It ranks fourth with a body count of eight. (In case you’re wondering, Titus Andronicus wins that award with 14 deaths, including two children baked into a pie and eaten. Gotta love the classics…). But for Shakespeare’s audience, a play about a soldier grabbing the throne by force would have been a nerve-rattling, breath-taking experience.

Shakespeare (and I!) never meant for Macbeth to be something to fall asleep over while trying to read it the night before class. And we certainly didn’t want it to be a high-class diversion for Toblerone-munching theater-geeks. So when you read our new version, read it the way you did when you were young– with a flashlight under the blankets at ¬night when everyone is asleep and you want to give yourself a scare.