3 Things Clash Of Clans Has Taught Me About Being A Dad (Answer: I suck at it.) 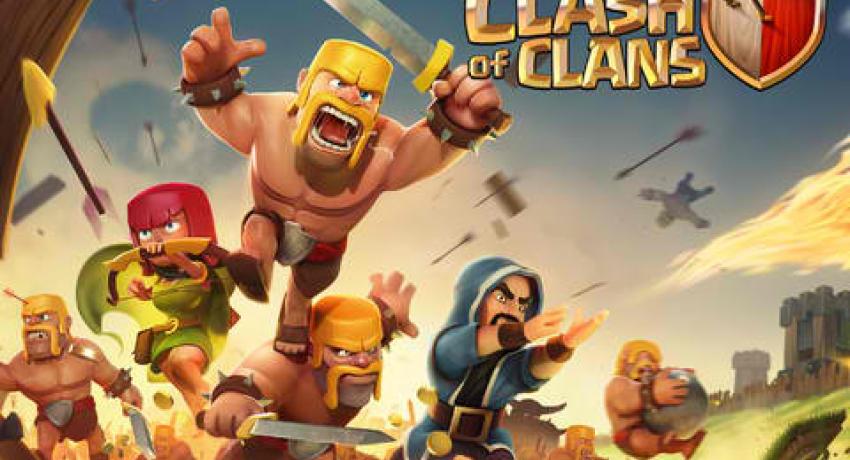 Disclaimer: This may or may not make any sense to you unless you’ve played Clash of Clans. Which you shouldn’t, because it’s a major time-burn. But if I’m too late and you’ve already been pulled in, then here are a few things I’ve learned from playing this game with my son.

A Failure To Fail
First of all, my son sucks at the game. Seriously. He doesn’t defend his treasure. He puts cannons in front of walls. I mean, who does that? Am I right, people? Anyone? Ummm…okay, I think every non-geek has stopped reading this article now, so I’ll make a confession:

At night, when my son goes to sleep, I log onto his game and fix his mistakes. Let me state right now that I’m not proud of this. But I feel compelled to do it. Otherwise, he’ll keep getting destroyed and he’ll never progress to the cool levels in the game. And that’s why he’s playing the game, right? Right?

Eventually though, he realized what I was doing and told me to stop. I explained to him why I was doing it, then he patiently explained to me that he didn’t give a flying fudge what my reasons were, this was his> castle. He wanted to build and play it his way.

That’s when I realized, I have to let him fail. We, as parents, are desperate to not let our kids fail, to soften the blow whenever we can. But sometimes that's not what kids want or need. Kids don’t have a lot of control in their lives. So my son doesn’t care about the failure; all he knows is that it's his failure. It's one of the few times in his life when he's in charge.

The Boring Stuff (or George W. Bush Disease)
Everything in the game, as in Life, requires money (and elixir too, but I’m trying to de-geek this a bit). To earn money in the game, you have to do lots of boring stuff. This is good for the company that made Clash of Clans because in exchange for just a bit of your real-world money (and then a bit more…and a bit more, please…) they let you skip to the fun parts like attacking things with dragons.

Developmentally, my son is at an age where he has neither the patience nor the strategic ability to figure out that he needs to make money in the game before he can do anything else. So I do it for him.

I do it so he can play without being frustrated. I do it so we can have fun when we play together. I do it because I have no life.

I have noticed an unfortunate by-product to this: My son is becoming a douche. Well, maybe that’s a bit extreme. But he’s definitely on the way to becoming the video-game equivalent of a trust fund kid.

Life is made of mostly boring stuff (standing in lines, paying bills, working a crappy job). You have to do the boring stuff in order to do the fun stuff. This is a basic lesson everyone must learn in life. But because of me, my son is not learning that lesson.

He thinks life is one continuous party where, on the slightest whim, he can attack foreigner’s castles with shiny new cannons without even a moment's consideration for the cost or human sacrifice that goes into that. This is known as George W. Bush Disease.

Turn It Off
I give my son a countdown for how long he has left on the iPad: “3 minutes…2…1…iPad down please.”

After many months of weeping, pleading, wheedling and screaming, my son has learned to simply put the iPad down and walk away. I’m proud of him for learning how to let go…that way I can pick it up and play.

In other words, my son now has a better handle on the impulse-control needed to deal with mobile technology than I do. Because seriously, I just need to turn it off. Walk away. Play with my son in the real world. I hear the real world is nice. Apparently, it has trees. He’s climbing up one right now. I should really go make sure he’s okay. And I will, right after I upgrade my archer tower…